India lost the final against England by 9 runs at Lord's in the final of ICC Women's World Cup 2017.

India Women had a remarkable campaign in the ICC Women’s World Cup 2017. The tournament grabbed several eyeballs, thanks to the media and broadcast rights. But with the conclusion of the tournament many are still suffering from withdrawal symptoms. Several people are hung over about women’s cricket. For India’s achievement in the tournament, Mumbai Cricket Association (MCA) had decided to felicitate the Indian Eves on Saturday. On the eve of felicitation, Punjabi kudi Harmanpreet Kaur got rather emotional. The same Harmanpreet who sparkled against Australia with her monstrous knock of 171* taking India to their second final of the tournament, regretted on letting her nation and former captain Diana Edulji down. Harmanpreet : Played entire #WWC17 with finger injury

A report from mid-day states that Harmanpreet recalled the moment when Edulji encouraged the youngster with her pep talk through an SMS conversation, “Before our match against New Zealand, Diana madam sent me a text message, asking me why I’m in England and what I’m doing in the team. Firstly, there were all sorts of thoughts running across my mind and to top it all, this message arrived. I didn’t reply to her for the next two days. She then messaged again and asked, ‘You are not replying?’ I finally replied, saying ‘Wait, we are coming with the Cup’. She replied: ‘Firstly, I need your fifty.’ I scored half-century against New Zealand in that match.” For Harmanpreet, lifting the World Cup was more important than her performance. Harmanpreet’s finger injury caught up once again after her match-winning knock against Australia. Her chances of playing the final were bleak.

Yet, she participated in the competition albeit for a losing cause. Those 9 runs were achievable as per Harmanpreet.

“Before our semi-final against Australia, Diana madam asked me, ‘What now?’ I told her, I am focusing on the Cup and I am not bothered about my game, but I will do my best. When I scored an unbeaten 171 in the next innings, she congratulated me by saying ‘I am very happy’. Now, whenever we attend such felicitation functions, we all do a rewind and question ourselves why we couldn’t score those nine runs and that makes us feel sad,” said a regretful Harmanpreet. 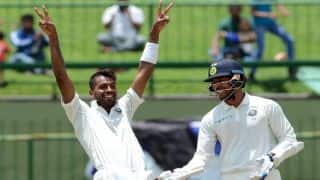 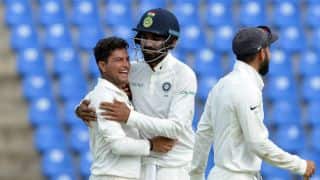