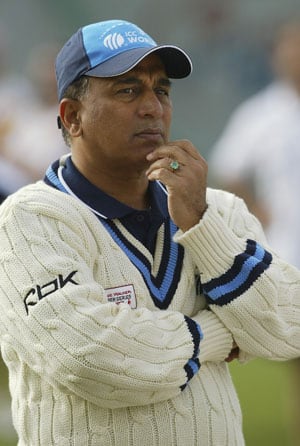 “It will be a big hole to fill. It was a decision in the pipeline for some time, because once a player gets 35-36, talks of leaving the game are at the back of his mind, so really didn’t come as a surprise,” he said.

“We always think, not only in cricket but in different walks of life, it will be difficult to replace somebody. While obviously the style will be very different, there will be younger players coming,” Gavaskar said.

“The results will not be immediate but they will be soon enough. Indian cricket fans will have some new hero to look up to, some new idol to cheer. That is the nature of the sport,” he further added.

“It’s a bold decision. A tough decision for anyone to take. He probably doesn’t feel he has no cricket left. He is making way for the youngsters which is amazing. It’s sort of an example for many others,” said Gaekwad.

“I know him closely. When I was the coach, he was recognised as the Test cricketer. I was there as selector when Dravid made debut alongside Ganguly. That was a brilliant beginning. I knew he had the mettle in him. I was the one to get him to one-dayers. I somehow convinced the other selectors that he will be good in the one-dayers as well.

“He was very disciplined and focused. I never told him he needs to work hard on batting or physical fitness. He was a self-made cricketer. He was very confident. He knew exactly what he needs to be doing even in adverse condition. He is a role model for any youngster. Leaving aside Sachin Tendulkar, if you want to emulate, it has to be Rahul Dravid,” he added.

Left-arm spinner Pragyan Ojha said nothing could have been a better experience for him than sharing the dressing room with Dravid.

“There cannot be another Rahul Dravid. He is a legend. As a youngster, I learnt a lot from him. It is great to have him.

Bowling to him, talking to him, sharing the dressing room…anything cannot be better than that,” Ojha said.

“Rahul bhai must have thought about it (retirement). I personally feel there cannot be another Rahul Dravid.”

“When Rahul or Laxman were in the slips as a bowler you were doubly confident that the catches will be taken. Dravid alongwith Jacques Kallis and Mark Waugh are the finest slip catchers in world cricket. Standing at first slip, when Harbhajan Singh or Anil Kumble is bowling on Indian pitches you need a lot of guts to stand in the first slip,” he said.

Paras Mhambrey, who debuted in the same 1996 England series as Dravid said, “He was always confident, very hard working. He is an ideal role model for the younger generation.”

“Sixteen years of career is a fabulous one. I feel he was fit and good enough to prolong his career but it’s an individual decision. He will be missed,” said Mhambrey. (PTI)