India's greatest challenge in the recent past comes against South Africa, as the Indian team is all set for a tour of South Africa in January 2018.

India, the No. 1 team in ICC Test Rankings, have been in a splendid form in the past two years. However, their greatest challenge will come during their tour to South Africa in 2018. Having not won a Test series in South Africa till date, experts believe this could be India’s greatest chance to create history. Former Indian cricketer Dilip Vengsarkar, too, believes the same and is confident of India excelling in South Africa. India will be playing three Tests, six ODIs and three T20Is during the tour. FULL CRICKET SCORECARD: India vs Sri Lanka 2017-18, 3rd Test at Delhi

On India’s chances in South Africa

“India is number one at the moment in the ICC Rankings. They have beaten every team in the world and I am sure that they will do very well in South Africa as well as in England, because we have got some outstanding players. India is led by world class cricketer and at the same time Virat Kohli is in great form. The attack also looks very good so I am sure we will do extremely well,” said Vengsarkar during an exhibition at the Nehru Science Centre in Mumbai.

Vengsarkar was along with Sunil Gavaskar at the exhibition, which focused on India and England’s cricket relations. Gavaskar spoke on the occasion, saying, “I have lot of fond memories of England, despite the fact that I did not get too many runs in England. It s a place where you learn so much, I had one very good season playing County cricket for Somerset, and it was really a memorable one.

“A couple of hours ago, I had visitors from England, club cricketers who have come to play cricket here and I was telling them about how that particular experience changed my perspective on the game to a great extent, because till then I was not a professional cricketer. But having played one season of County cricket it gave me an insight, sort of take on how professional cricketers played and how they relaxed at the end of day s play, so that was a wonderful perspective [and] that helped me in rest of my cricketing career,” he added. 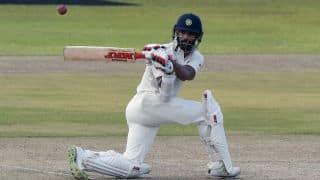 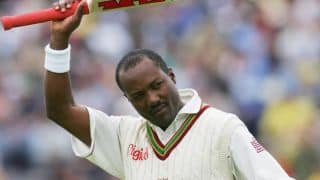