Dinesh Chandimal has been charged with the maximum possible punishment as per the ICC rules.

Dinesh Chandimal made news for wrong reasons during the West Indies Test series last month, when he was charged with tampering the ball. However, Chandimal did not agree with the claims and protested against it at that point. ICC has now come down heavily on Chandimal, coach Chandika Hathurusingha and manager Asanka Gurusinha with eight suspension points. This means the trio have also been suspended for the first 4 ODIs along with both Tests against South Africa.

The trio had pleaded guilty to the level three offence charge claimed against them by ICC after they stopped play for two hours on the third day of the second Test against Windies in St. Lucia. The decision was announced on July 16 by ICC; the hearing had taken place on July 11.

BREAKING: Sri Lanka captain Dinesh Chandimal has been banned for two Test matches and four ODIs after pleading guilty to “conduct contrary to the spirit of the game” during his side’s tour of the Windies earlier this year.

The ICC release stated, “As eight suspension points equate to a ban from two Tests and four ODIs/T20Is or eight ODIs/T20Is, whatever comes first for the player or player support personnel, the Judicial Commissioner’s ruling means the three will also remain suspended for the Dambulla ODIs (July 29 and August 1) as well as the Kandy ODIs (August 5 and 8). 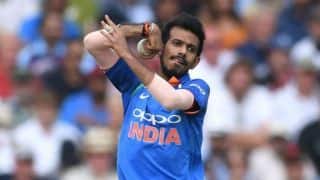 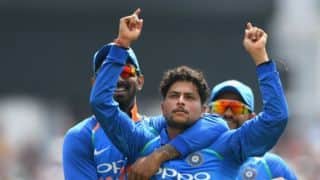