Rest of India are recovering after early blows against Karnataka.

Dinesh Karthik and Amit Mishra’s 50-run stand has helped Rest of India (ROI) recover a touch in the Irani Cup game against Karnataka at the M Chinnaswamy Stadium, Bangalore. In the morning session, Kanataka snared five wickets as their seamers used the green surface to good effect.

Post lunch, the pitch became easier and the bowlers did not get enough movement. Mishra’s aggressive intent also helped ROI’s cause as he kept the scoreboard ticking with some attacking strokes.

Mishra first showed his intent by pulling Abhimanyu Mithun for a four through square-leg. Once spinner, Shreyas Gopal came in, Mishra’s eyes lit up. He first carted a six down the ground and had no problems in clearing the leg and smashing boundaries.

Even R Vinay Kumar and the other fast bowlers did not get movement and were waiting for the batsmen to do something. Karthik was stable at one end and kept leaving deliveries outside the off-stump. His disciplined approach has complemented Mishra’s attacking intent and it promises to help ROI pull out of this muddle. 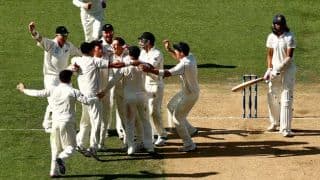 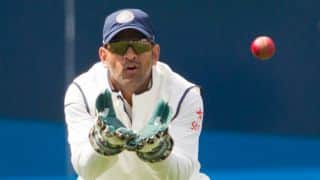