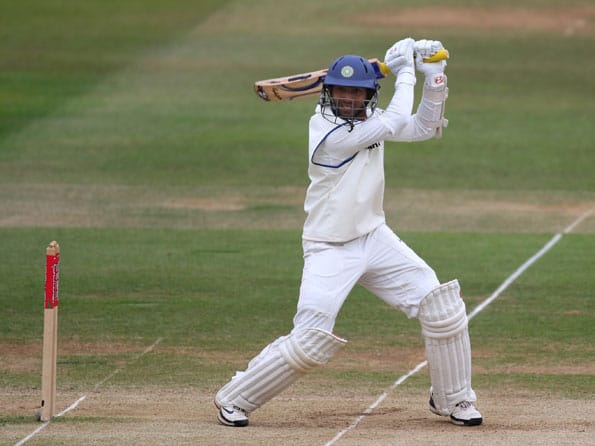 Karthik who scored his 16th List A century was unbeaten on 105 off 83 balls hitting 10 fours and three sixes in the process. It was Karthik’s pyrotechnics that helped Tamil Nadu get a bonus point as they reached the target of 248 with more than 10 overs to spare at the Rajinder Singh Institute Ground, here today.

Karthik, who had a lean patch at the start of the season seems to make amends since the final of the Ranji Trophy where he scored a fantastic century.

It was Srikkanth junior who started the onslaught as he smashed his way to 94 off only 81 balls with help of nine boundaries and two sixes.

Srikkanth took advantage of the fielding restrictions during the Powerplay overs even though Tamil Nadu lost Abhinav Mukund (16) and S Badrinath (9) with score on 71.

Once Karthik joined Aniruddha, Andhra bowlers were sent for leatherhunt by the duo as they added 102 runs in a shade over 14 overs.

Left-arm spinner B Sudhakar (0/64 off 7 overs) came in for some special treatment as he was lifted into the stands a number of times.

Aniruddha was unlucky to miss out on a well-deserved 100 as he edged one off seamer Syed Sahabuddin to ‘keeper Srikar Bharat behind the stumps. The score was 173 and Karthik ensured that Tamil Nadu maintained the tempo in order to garner bonus points.

In the morning, it was Tamil Nadu captain Laxmipathy Balaji who (5/37) bowled with a lot of control as only Andhra opener Prasanth Kumar (73) made a significant contribution.(PTI)