The kind of attention she is receiving at the moment is unprecedented not only in gymnastics but in any other sport besides cricket, Dipa Karmakar said.

Kolkata: The kind of attention she is receiving at the moment is unprecedented not only in gymnastics but in any other sport besides cricket, Dipa Karmakar said on Monday. Dipa, along with her coach Bishweshwar Nandi, was felicitated by the Bengal Chambers Commerce and Industry (BCCI). The 23-year-old, who missed the podium by a whisker finishing fourth at Rio Olympics, flashed her smile throughout the event beaming in the afterglow of her incredible feat. The present, ranging from school children to employees of the BCCI were in high spirits to be alongside the gymnast.

“I am happy gymnastics is being compared with cricket. I have seen such fanfare only in cricket previously. The love that is being showered on me is beyond my expectations. People are saying that the number of admissions in gymnastics is like cricket which is great to hear,” Dipa said during the event. City-based shooter Joydeep Karmakar, who was also present, egged Dipa to push the barriers in the 2020 Olympics in Tokyo.

“She has to multiply her efforts. After all this, she has to get back her focus on gymnastics. It is much more difficult to comeback from a fourth place finish. Even bronze, which is like a fourth finish. I feel it is much more difficult to bounce back.” Asked whether India’s history of romancing with the fourth spot is a deterrent to aspiring to higher levels, the 2012 London Olympics joint fourth in the 50 metre rifle prone event said: “This is not America where in every street you find a silver medallist. We crave for a medal. That is why films are made on P.T. Usha and Milkha Singh and we go to watch them and romance over them.” Tendulkar presents luxury cars to Sindhu, Sakshi Malik, Dipa Karmakar

“We are coming close. We are not finishing 17th anymore. We are finishing say sixth, fifth, fourth so we are improving.” Dipa said she was ecstatic to get a call from cricket legend Sachin Tendulkar after the event. “Sachin sir called me when I returned home. I am so happy. I am still to learn driving,” Dipa beamed. She also said this is the best time for aspiring gymnasts as there is a lot of support from the central government and Sports Authority of India (SAI). Sehwag requests government to honour Dipa Karmarkar and Lalita Babar

“They have supported us a lot. Without them, it would have been impossible for us to come this far. I think this is the opportune time for youngsters to take up sport and their parents should back them to the hilt.” The Guwahati girl said her starstruck moment at Tio was seeing sprinting ace Usain Bolt from a touching distance at the Games Village. “I could not interact with him but I was so happy seeing an athlete like Usain Bolt from close.” 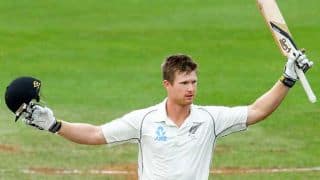 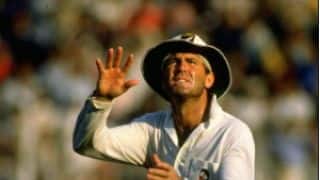