Daryn Smit was dismissed for 21 as Perth Scorchers did not allow the Dolphins to take control in the fourth match of the Champions League T20 (CLT20) 2014. Some disciplined bowling from the Scorchers ensured that the Dolphins could not get more than 69 after 10 overs.

Earlier, Keshav Maharaj lived and died by the sword. Maharaj got a few lucky edges, but managed to find the fence on multiple occasions before slashing Jason Behrendorff to Joel Paris at third man.

Behrendorff took the wicket of Cameron Delport, caught behind brilliantly by Sam Whiteman, who had to jump and dive to his side. Joel Paris bowled Morne van Wyk and Cody Chetty off the fourth and fifth balls of the match. He was on a hat-trick, but Keshav Maharaj managed to survive. Dolphins’ Morne van Wyk won the toss and elected to bat first in a match between the domestic champions from South Africa and Australia. 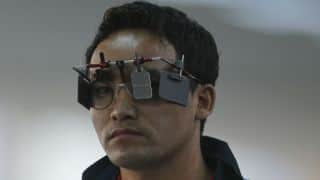