Suggestions varying from home and away ties and uncovered wicket to widening the gap between two games and a league format for Duleep Trophy were put forward at the annual Ranji Trophy captains' and coaches' conclave, organised by the BCCI. 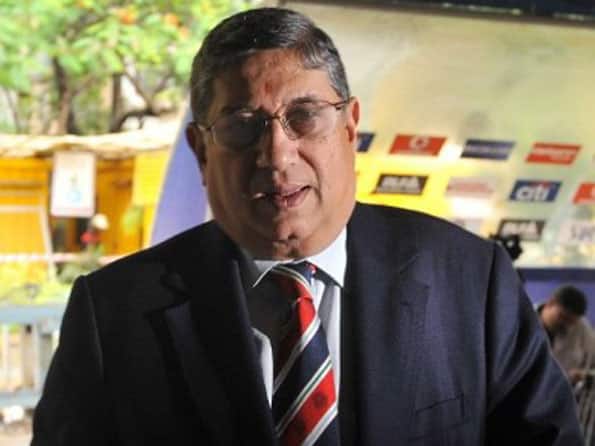 Former India cricketer WV Raman, who attended the meeting as the coach of Bengal, said it was very encouraging to see the BCCI’s president N Srinivasan taking so much interest in the discussions AFP

Suggestions varying from home and away ties and uncovered wicket to widening the gap between two games and a league format for Duleep Trophy were put forward at the annual Ranji Trophy captains’ and coaches’ conclave, organised by the BCCI.

The matter of uncovered wickets to make them more challenging to the domestic batsmen in order to tune them up for tougher challenges occupied the maximum time during the discussions, according to sources who attended the meeting.

The home and away format for Ranji Trophy was suggested as currently the team, which fails to qualify for the knockout round remains idle for a long period after playing six to seven games.

“In the same season it would be better if, for example, Kerala take on Tamil Nadu at home and then go away to the latter’s territory and play the return leg. Each team would be assured of more number of games,” said one captain who attended the meeting.

There were also suggestions to use Kookaburra balls in Duleep Trophy and to give a four-day gap between two Ranji games by increasing the existing three-day gap.

Former India cricketer W V Raman, who attended the meeting as the coach of Bengal, said the meeting was “extremely interesting with a variety of options (to improve domestic cricket) coming through”.

“This meeting has taken place after 3-4 years. It was very encouraging to see the BCCI’s president (N Srinivasan), secretary (Sanjay Jagdale) and CAO (Prof Ratnakar Shetty) taking so much interest in the discussions,” said the former left handed batsman.

Raman said he suggested a total change in the points format for Ranji Trophy in order to encourage teams to go for an outright victory instead of being content with taking the first innings lead and points.

“My suggestion was to encourage the captains to go for outright result by offering three points extra for attempting an outright victory after taking the lead even if it ended on the losing side.

“I suggested seven points for an outright victory plus the existing bonus (if it is by an innings or by ten wickets).

If the team loses in attempting an outright win after taking the lead then the rivals can be given four points and the losers three,” Raman said.

The BCCI technical committee, headed by Sourav Ganguly, at its meeting here on February 17 had suggested the following points system.

The committee also suggested that if a result on first innings is not obtained at the end of the scheduled play in a knockout match, then the match will be extended into an additional day.

If the first innings are not completed even on this additional day, then the winner will be decided by the spin of a coin, the technical committee had suggested.

At today’s meeting, Raman suggested that bowling of three bouncers per over, from the existing two, be allowed in first class cricket.

“The technical committee has decided to allow one extra bouncer from the existing one per over in limited overs games.

I suggested three bouncers per over in first class games to help our cricketers improve their technique against short-pitched balls,” said Raman.

The decision of the Sourav Ganguly-headed technical committee to make knockout games in Ranji Trophy into five-day affairs on par with the final was welcomed by the captains and coaches, it was learnt.

The Ranji Trophy quarter-finals and semi-finals will be five-day games, the technical committee had decided at its meeting here on February 17.

There was support to the suggestion to play domestic cricket on uncovered wickets, according to Raman.

“It found favour and the consensus was that a good thought needs to be given to this suggestion (by the BCCI),” he said.

“Its up to the BCCI to sift through these suggestions.

Probably they have to be taken up by the technical committee and then by the working committee. But there’s enough time as the next season is still some way away,” said Raman.(PTI)