The two most prolific teams in the Indian domestic circuit will do battle to be crowned Vijay Hazare Trophy winners when Delhi take on Mumbai in the final on Saturday.

The two most prolific teams in the Indian domestic circuit will do battle to be crowned Vijay Hazare Trophy winners when Delhi take on Mumbai in the final on Saturday. Delhi enter the final having beaten Jharkhand in a low-scoring semi-final thriller, whereas Mumbai were buoyed by the availability of international stars Prithvi Shaw, Ajinkya Rahane and Rohit Sharma (for one match) in the side, all of whom played crucial knocks to down Hyderabad in a rain-truncated match on Wednesday.

This will be the first time in 14 years that arch-rivals Mumbai and Delhi will play each other in a domestic final. In fact, the last time these two teams faced each other in any format was in 2015, but the result has been extremely one-sided with Mumbai dominating Delhi with 32 wins to three across all domestic tournaments.

That said, there shall be no favourites on paper. Both sides are evenly matched in all departments. Skipper Gautam Gambhir has led Delhi from the front with 517 matches from nine innings at an average of 57.44 making him the second-highest run-getter in the tournament after Tamil Nadu s Abhinav Mukund (560). But the worrying factor has been the form of the rest of the batsmen. Barring Nitish Rana (362 runs from eight innings) and to some extent Dhruv Shorey (301 runs from nine innings), no other batsmen has quite made an impact. Saturday s final is where the likes of Unmukt Chand, Pranshu Vijayaran and Lalit Yadav would want to come good.

Delhi s depth in bowling has made up for its lack in batting. Fast bowlers Navdeep Saini and Kulwant Khejroliya have been on an upward move in the tournament with a combined tally of 27 wickets and will make for a wonderful contest against their counterparts Dhawal Kulkarni and Tushar Deshpande, who have 28 wickets together.

In comparison, Mumbai s batting looks a lot more stable and consistent. With a star-studded line-up comprising Rahane, Shaw and skipper Shreyas Iyer in the ranks, Delhi will have their work cut out. Skipper Iyer has 366 runs at an average of 122 including two centuries and a fifty, while Rahane, in three matches, has scores of 79*, 148 and 3. Shaw too has scored 348 runs at 87 including a quickfire 61 in the semi-final. 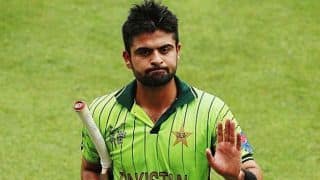