Shubman Gill is all set for his next assignment which is to lead India Blue in Duleep Trophy that starts from Saturday.

Right after returning from the tour of Caribbean, Shubman Gill is all set for his next assignment which is to lead India Blue in Duleep Trophy that starts from Saturday.

Gill, who will turn 20 on September 8, played the first and third unofficial Test against for India A against West Indies A. He batted thrice, scoring 40 at North Sound and 0 and 204 not out at Tarouba.

That double-century was an Indian record as the Punjab batsmen became the youngest from his country to do so in first-class cricket. Naturally, the next big step in his career will be a promotion to the senior team.

But for a level-headed Gill, these are far from his mind. He’s been lined-up as the next big thing in Indian cricket, but the youngster isn’t bogged down by the weight of expectations.

“Whenever I go out to play, things like pressure and expectations never come to my head,” Gill told The Times of India. “The thing that comes to my head are ‘how am I going to score runs on this wicket and how I am going to tackle these bowlers’.”

Talking about his record-breaking knock, Gill said it was ‘pending’ since he had been unable to score big in his previous innings on the tours.

“That innings was a huge confidence booster and it was pending because in the one-dayers I was getting out in 70s and 80s. I played four matches and got three fifties. In the second four-day game, I got out off the first ball in the first innings. Then, I told myself that if I get a chance to bat again I have to bring up a big knock,” he said.

Gill says his job as a captain is to keep his players motivated to keep thinking from a team’s perspective rather than on personal achievements. “As a captain it is important for me to make sure that players are switched on so that they don’t think of personal goals all the time. If we are going to win these matches and get to the final you get one more opportunity to perform,” he said. 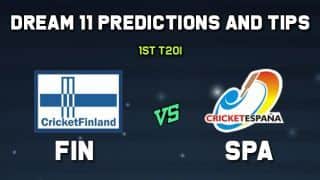 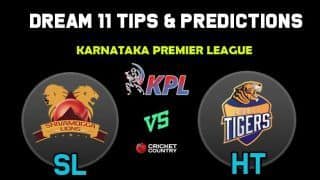