As India gears up for the two-match Test series against Bangladesh, a new challenge awaits them - The 2nd of those Test will be a day-night affair, 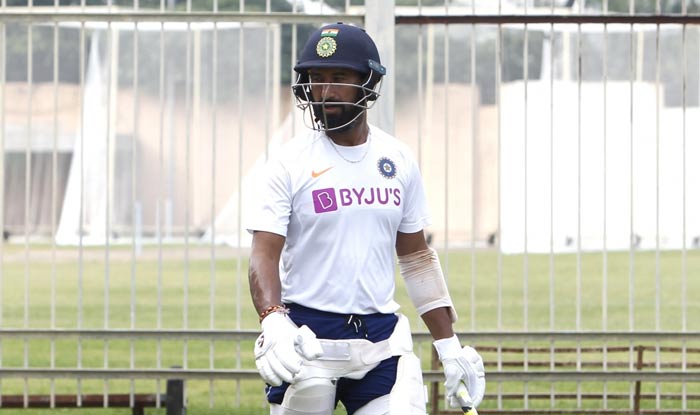 As India gears up for the two-match Test series against Bangladesh, a new challenge awaits them. The second of those Test will be a day-night affair, played with pink balls. This is India’s first ever day-night Test and for most, it will be their first ever tryst with the pink ball and the new conditions. But for Cheteshwar Pujara this isn’t new.

During the 2016 edition of the Duleep Trophy, which was a day-night affair, Pujara excelled, hitting 453 runs that included a double-hundred for India Blue.

Putting to rest speculations swerving over India’s impending maiden day-night Test, Pujara predicted there won’t be a major difference as compared to the conventional red ball. “I don’t think there will be a major difference when you start playing with the pink ball. Since I haven’t played (against the SG pink ball) I am not sure, but my assumption is that even the SG pink ball will be very similar to the red ball. I feel in India the quality of SG balls have improved,” Pujara told IANS.

“Looking at the recent series we played against South Africa, the guys were happy with the way the ball maintained shape and even the quality of the ball. So we are expecting the same thing even with the pink ball. When it comes to pink ball, it will be little different from the red ball but I don’t see a massive difference,” he added.

He, however, doesn’t expect his prior experience with the pink-ball to give him any advantage. “When I played, it was 2016/17 which is a long time ago. So that can’t be considered as an advantage. But yes, that experience will be very helpful for sure, without any doubt. When you have played with pink ball, you know what to expect at what time and what might be on offer. So that experience does help,” Pujara said.

The Test series gets underway from November 14 in Indore.