Despite being able to climb the ladders of success continuously, Virat Kohli does not fit in the same shoes of legendary Indian cricketers Sachin Tendulkar, Rahul Dravid or VVS Laxman, feels former Pakistan great Mohammad Yousuf. Yousuf had played numerous matches against all three Indian great. He feels that all the three Indian greats fit in a different league altogether, as they scored free-flowing runs against tougher oppositions, while Kohli has the tendency to do so mostly against the weaker oppositions. FULL CRICKET SCORECARD: India vs Sri Lanka 2017 – 2nd Test at Colombo

The quality of cricket nowadays does not match the quality we had in the past. Virat Kohli is a very good batsman and I like to watch him play but I don t think he is in the same league of Tendulkar, Dravid or Laxman. Some might not agree but I don t think today we have the same quality bowlers or batsmen that we had when I played. Look at Australia s present bowling line-up they have no one to match Glenn McGrath or Shane Warne, India had Anil Kumble, Srinath and some very good bowlers. South Africa and West Indies also had strong bowling attacks while Sri Lanka relied heavily on Muralitharan, said Yousuf on Geo Super Channel.

The rules have also been changed to make life easier for the batters while the pitches nowadays have also become more batting friendly. In the era I played you encountered different pitches in Australia, England, West Indies, South Africa. Nowadays more or less they are same everywhere. Yes they are getting runs but against weaker opposition and on similar pitches. I think Tendulkar and Dravid are greats because they scored runs against quality bowlers and teams, he added.

To get runs against the likes of Wasim Akram, Waqar Younis, Shoaib Akhtar or Saqlain Mushtaq was no joke. I always thought Tendulkar and Dravid were perfectionists and spent so much time on improving their game. I learnt from them. I am not saying Virat is not a class act. He is, but times have changed now, he continued.

Speaking on the rivalry against them, he said, Yes we had tough matches but after the game was over we got along well. Rivalries were left on the field. Even the Indian teams and players of the past were aggressive. Sourav Ganguly is an example. When we played them our players were also pumped up but at the end of the day we always appreciated a good performance even from the opposition because the quality of cricket was high.” 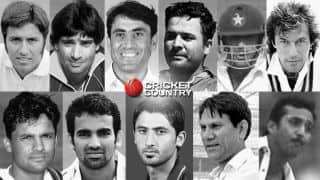 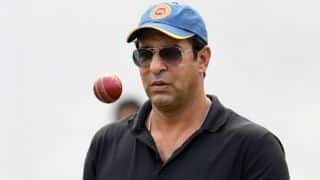