Australian fast bowler Doug Bollinger said he is confident of winning a place in the Test team after a display of good performance in the in Sheffield Shield cricket. 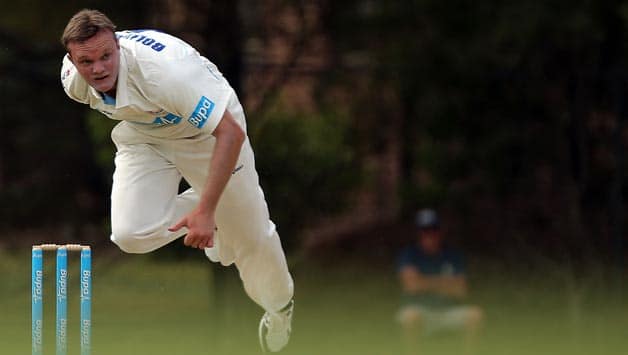 Australian fast bowler Doug Bollinger said he is confident of winning a place in the Test team after a display of good performance in the in Sheffield Shield cricket.

He said, “I think I’m bowling just as well as I was when I was in the Test team. I’m confident, I’m swinging both the new and old ball, I’m running in hard and bowling fast and I’m just keeping it as simple as that.”

“You’ve just got to keep going and tough it out, the wheel will turn hopefully and I’ll just go from there and when it does I’ll just try and cash in as much as I can,” the Australian bowler was quoted by the official website of the ICC.

Bollinger, who is not included in the squad for the second Test against South Africa at Adelaide, missed out of action for most part of the last season due to a serious hamstring injury but is still hopeful of making a cut into the squad for the third Test at Perth.

“I’d love to be going down (to Adelaide) and playing for Australia, the WACA’s coming up which is made for left-handers so I’ve just got to keep trying to bowl well and you never know, ” said Bollinger. “With the games Michael (Clarke) played for NSW I had a couple of chats with him and he just said I’m bowling well and just keep doing what I have to do.”