The Sydney Thunder left-arm bowler was reported by the umpires for breaching Article 2.1.4 – using language that is obscene, offensive or insulting during a match. The incident occurred during the Hobart Hurricanes vs Sydney Thunder match.

Bollinger accepted the proposed penalty by match referee Peter Marshall, and hence a hearing was not required.

This was the 32-year-old’s first offence under this article of the Code of Behaviour in the past 18 months. 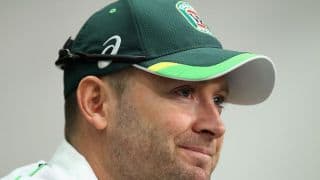