Dravid's selection a step in the right direction: Former selectors

Dravid's selection a step in the right direction: Former selectors

He may not have played a single ODI in the last two years but recalling Rahul Dravid for the upcoming one-day series against England is a step in the right direction, feel former chief selectors. 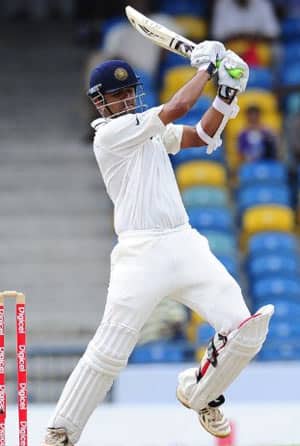 Rahul Dravid, who was recalled to the India fold, last played an ODI in September 2009 AFP

He may not have played a single ODI in the last two years but recalling Rahul Dravid for the upcoming one-day series against England is a step in the right direction, feel former chief selectors.

No other batsman except for Dravid has managed to stand up to an in-form English pace attack in the ongoing Test series.

Dravid has scored consecutive centuries in both the Tests although India lost both of them due to the flop-show by other batters.

“I think it is the right decision to recall Dravid. He has proved that he still has it in him otherwise why would the selectors call him? He has an excellent record in ODIs as well and has scored more than 10000 runs,” former chief of selection panel Anshuman Gaekwad told ‘PTI Bhasha’.

He last played an ODI in September 2009 but former chief selector Chandu Borde feels that the gritty right-hander is fit and his experience will come in handy for the team in ODIs.

“He is looking quite fit now and he is the only one who is performing in England. The Indian team needs his experience at this time to get stability in the middle-order. I am sure that he will do well in limited overs series also,” said Borde.

Gaekwad also opined that selectors were not in a position to take a risk on any youngster at this juncture.

“We are already behind in the Test series. This is not the right time to experiment. It would have been an herculean task for any youngster to go there and perform while Dravid is already there and doing well. It is a right decision,” said Gaekwad.

“I keep him in the class of Sachin Tendulkar. Both of them can play as long as they are fit and in form. Dravid has been an unsung hero for Indian Cricket but I have watched him closely. He is very focused about his fitness,” he added.

Borde echoed the view and said it is not right to write Dravid off just because he is 38 now.

“Age does not matter. What matters is performance and fitness,” he said.

However, according to former wicketkeeper and chief of selection panel Kiran More, it is a step taken backward.

“He has not played a single ODI for two years. Rather than taking a step backward, the selection panel should have given any youngster a chance.

“There are so many young and talented batsmen who have been performing well in domestic circuit,” said More.

“They are not interested in trying new players. The same lot of players have been repeated again and again. How would we get the likes of Dhonis and Rainas to prepare the future team?” he asked.

Younger players under scanner as Dravid returns to ODI fold