Game 35 of IPL 2019 is between Kolkata Knight Riders and Royal Challengers Bangalore at Eden Gardens today.

KKR are sixth on the IPL 2019 points table and RCB are last out of eight teams. Dinesh Karthik’s team is undergoing a slump and will hope to end it by completing a double over Virat Kohli’s RCB.

Andre Russell is unfit and KKR should be careful in dealing with his fitness. They have already been hit badly by injuries and would want to conserve the allrounder for the business end of the tournament. If Russell misses out, Carlos Brathwaite should get a second match.

Bowling has never been RCB s strongest weapon. Mohammed Siraj has played all eight matches and taken seven wickets in them but has an economy of 9.55. RCB have an option in left-arm pacer Kulwant Khejroliya who has 16 wickets in 13 T20s and an economy of 7.31.

Player to watch out for: AB de Villiers 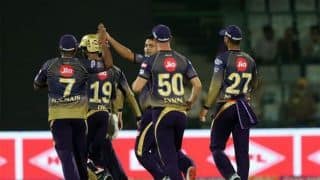 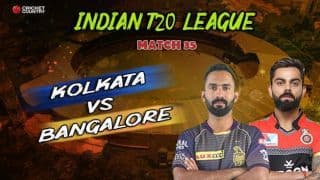