Check Dream11 Team Central Punjab vs Sindh, CEP vs SIN Cricket Prediction Tips For Today s match CEP vs SIN: The second match of the Pakistan T20 Cup 2019 will be between Central Punjab and Sindh at the Iqbal Stadium in Faisalabad. This match will be a day night affair and be will one which will feature national stars in their ranks. Central Punjab is led by the current No.1 ranked T20I batsman Babar Azam. The team also has the Akmal brothers Kamran and Umar in their squad among others such has Salman Butt, Ahmed Shehzad and Fahim Ashraf in their line-up. Pakistan s under-fire skipper Sarfaraz Ahmed will lead Sindh. The Sindh team have players such as Asad Shafiq, Mohammad Hasnain and Abid Ali, all who have to shoulder the responsibility.

Here is today s Dream11 pick for CEP vs SIN

The match starts at 6 PM IST on October 13 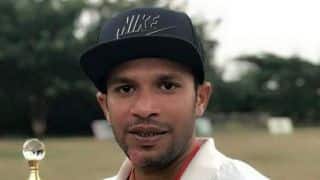