Dream11 Team England U19 vs Zimbabwe U19 Prediction: Captain And Vice Captain For Today ICC U-19 Cricket W

Dream11 Team Prediction England U19 vs Zimbabwe U19 Plate Semifinal 2 – Cricket Tips For Today’s Match EN-U19 vs ZIM-U19 in Kimberley: In the Plate semifinal 2 of the ICC Under-19 Cricket World Cup 2020, England U19 team will take on Zimbabwe U19 men in the at the Diamond Oval, Kimberley on Friday (January 31). After gaining back the momentum with a couple of wins in their last outings, England Under 19 team has struck form at the right time. They’ll be looking to continue their superlative form against Zimbabwe in the highly-anticipated semis clash. Ben Charlesworth, Dan Mousley have done a reasonably good job with the bat in the ongoing showpiece event Their performance will once again play an important role if England colts want to extend their winning streak. Meanwhile, in bowling – Hamidullah Qadri has grabbed 11 wickets in last four matches and he would be expected to come up with a breakthrough performance in the must-win game versus Zimbabwe.

On the other hand, Zimbabwe have also registered some convincing victories in their last couple of matches. They defeated Scotland by eight wickets followed by their 95 runs victory against Canada. But, they need to pull something great out of the box if they want to upset an in-form England in order to win the semifinal match. 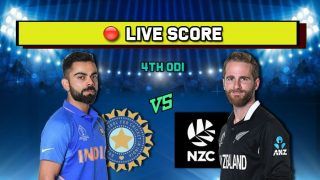