Dream11 Team India U19 vs Australia U19 Prediction: Captain And Vice Captain For Today ICC U-19 Cricket Wo Dream11 Team Prediction India Under 19 vs Australia Under 19 Quarterfinal 1 – Cricket Tips For Today’s Match IN-U19 vs AU-U19 SA-W in Potchefstroom: In the Super League quarterfinal 1 of the ICC Under-19 Cricket World Cup 2020, India U19 will take on Australia U19 men in the at the Senwes Park, Potchefstroom on Tuesday (January 28). With three out of three wins, defending champions India have played according to their reputation in the showpiece event in South Africa. In batting, the likes of Yashaswi Jaiswal, Divyansh Saxena have been in red-hot form with the bat. The former has muscled 145 runs in three games including two half-centuries. Whereas in bowling, Ravi Bishnoi, Atharva Ankolekar and Kartik Tyagi have impressed everyone with their bowling and the same would be expected from them in the match against Australia.

On the other hand, Australia colts got off to a poor start with a defeat against West Indies U19 team in the mega event. But the Aussies bounced back quickly to beat Nigeria and tournament favourites England to seal a spot in the quarters of the competition. Tanveer Sangha has been influential with the ball as he has grabbed 10 wickets in his three outings with a four-wicket and five-wicket haul. 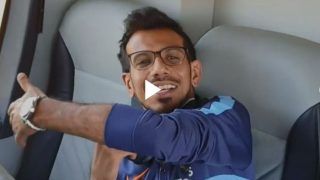