Dream11 Team Scotland U19 vs Zimbabwe U19 Prediction: Captain And Vice Captain For Today ICC U-19 Cricket

Dream11 Team Prediction Scotland U19 vs Zimbabwe U19 11th Place Playoff – Cricket Tips For Today’s Match SCO-U19 vs ZIM-U19 in Kimberley: In the 11th place Playoff of the ICC Under-19 Cricket World Cup 2020, Scotland U19 team will take on Zimbabwe U19 men in the at the Diamond Oval, Kimberley on Sunday (February 2). After an ordinary start to their tournament where they lost three back-to-back group stage encounters – Scotland U19 team somehow redeemed themselves by beating UAE U19 team by seven wickets in the Plate Quarterfinal. But the joy was shortlived as Scotts were once again shellacked by the Sri Lankans in the succeeding semifinal where they could only manage 8/149 in pursuit of the island nation’s total of 6/277.

Zimbabwe, on the other hand, have fared slightly better in the tournament than Scotland. But they too have faltered when it mattered the most. After racking up back-to-back wins in the final group-stage fixture against Scotland (by 8 wickets) and in plate quarterfinal versus Canada (by 95 runs) – the African nation eventually going down to England in the semifinal as they failed to chase down the stiff 287 run target.

TOSS – The toss between Scotland U19 and Zimbabwe U19 will take place at 1 PM (IST). 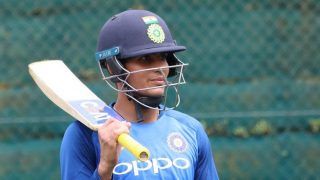