Check Dream11 Team Vidarbha vs Maharashtra Round 4, Elite Group A and B Vijay Hazare Trophy 2019 VHT ODD Cricket Prediction Tips For Today’s Match VID vs MAH: After the Duleep Trophy marked the beginning of the 2019-20 domestic season in Indian cricket, it’s now turn for the premier 50-over tournament the Vijay Hazare Trophy, also names as the Ranji One-Day Trophy. Named after the legendary Indian cricketer Vijay Hazare, the tournament began back in 2002-03. Punjab are the reigning, defending champions whereas it would mark the first time that Chandigarh are participating in the competition. The tournament starts on September 24 and runs till October 25. There are a total of 38 teams taking part, spread across four groups Elite A, Elite B, Elite C and Plate. A and B have nine teams each while C and Plate comprise 10.

Here is today’s Dream11 pick for VID vs MAH 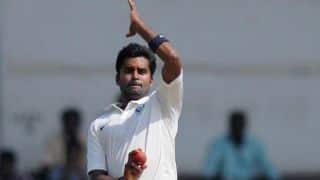