Flintoff said loyalty to existing players was no reason to ignore the 24-year-old's claims for a place in England's final 15 for the World Cup.

Andrew Flintoff has urged England to drop “anyone” in order to make sure Jofra Archer has a place in their World Cup squad.

The past week has seen Barbados-born paceman Archer show glimpses of his talent while making one-day international and Twenty20 debuts for England after completing a three-year residency period.

His ability to bowl 90-mile-per-hour (145 kmh) yorkers, as well as deceptive slower balls, has caught the eye. Archer is set to have further chances to make a case for a World Cup spot during England’s upcoming one-day international series against Pakistan starting at the Oval on Wednesday.

Former England fast bowling all-rounder Flintoff is a fan of the “unbelievable” Archer.

“I was watching him bowl the other day and I found it so frustrating that a bloke can bowl so fast with what looks like so little effort,” Flintoff told reporters in London on Tuesday.

Following a miserable first-round exit at the 2015 edition in Australia and New Zealand, World Cup hosts England have risen to number one in the ODI rankings, without Archer.

But Flintoff said loyalty to existing players was no reason to ignore the 24-year-old’s claims for a place in England’s final 15 for the World Cup.

“You ask who I would get rid of? Anyone,” he added at an event to publicise the official World Cup song, ‘Stand By’ by Loryn and Rudimental.

“I think he’s brilliant. I know there’s a thing about him qualifying but we’ve done that for a number of years.

“When I was a kid we were watching Robin Smith (born in South Africa) and were waiting on Graeme Hick (born in Rhodesia, now Zimbabwe) to play (for England).

“We’ve had KP (Kevin Pietersen, born in South Africa) so it’s not a new thing,” said the 41-year-old Flintoff.

“But watching the lad bowl,” he said of Archer “For someone to bowl that quick so easily, with so much control, all the tricks — slower balls, bouncers, yorkers — he’s got to be in hasn’t he?”

Flintoff had little sympathy for those members of England’s current pace attack who had expressed concerns about possible damage to team morale were Archer to play at the World Cup.

“I would make sure I would raise my game,” Flintoff said. “It’s international sport, competitive and it’s a good position for England to be in that you can drop or leave out someone (else) so good.”

England have never won the men’s World Cup, Making the last of their three losing appearances in the final back in 1992.

“I played in three World Cups and didn’t get through the group stages, even though they didn’t pass without incident!” joked Flintoff, who at the 2007 World Cup in the Caribbean commandeered a pedalo in St Lucia.

“It would be nice to see an England side do something now. Going into it you look at the sides and we’re up there with the favourites aren’t we?”

Asked what had changed in England’s approach to ODI cricket since he retired in 2009, Flintoff cited the white-ball captain Eoin Morgan’s “impressive” influence, before adding: “I think they’ve found their identity.

“For years when I played it was ‘Sri Lanka have won the World Cup with a pinch hitter let’s get a (Sanath) Jayasuriya at the top of the order.’ Australia were doing well with Adam Gilchrist, ‘let’s try and do what they do’. We were always chasing the game. 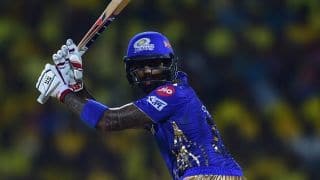 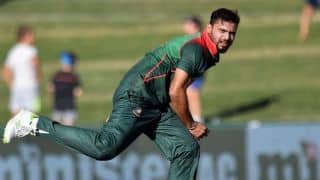