South Zone opener, KL Rahul was dismissed for a 185 against Central Zone in the final of the Duleep Trophy 2014-15 at the Feroz Shah Kotla stadium in Delhi. His knock included 19 fours and two sixes, and came off 233 balls. He was bowled by leg-spinner Piyush Chawla.

Rahul looked as if he was well on course for a double century, but was deceived by a flighted delivery from Chawla which sneaked through his defence. Rahul had opened the innings with Robin Uthappa after Manish Pandey was roped in to the India A squad. Uthappa and Rahul shared a 169-run opening partnership. The South Zone innings faltered in the middle when they lost three wickets for two runs. However, Rahul and Hanuma Vihari steadied the ship from 231 for four to take them to a healthy total by the end of the day.

On the fourth morning, Rahul and Vihari started off aggressively before the Central spinners pulled things back. Rahul was dismissed for 185 and the rest of the batting came apart in a span of few minutes. This is Rahul’s career-best First-Class score. 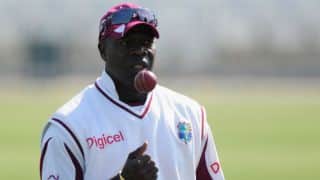