Prithivi Shaw will hope to stitch a big innings for India Red versus Indian Blue.

India Red have finished the opening session of Duleep Trophy 2017-18 final at 86 for 1 versus India Blue. Opting to bat, Dinesh Karthik and co. have ended the session well, despite losing Akhil Herwadkar for 25 just before tea. Prithvi Shaw remains unbeaten at 53* along with Suryakumar Yadav 8*. Striking at 65.43, Shaw looks in good rhythm and will be hoping to stitch a valuable knock in the summit clash. On the other hand, Suresh Raina needs few breakthroughs from his bowlers to not allow Reds dominate.

On a dry wicket, Shaw and Herwadkar started the proceedings on a steady note. Senior pro, Ishant Sharma, opened the bowling but was removed after his 4 overs leaked runs at 4.5. Raina has used 6 bowlers, including himself, but found the going tough. Finally, a mix-up between Shaw and Herwadkar led to the latter’s dismissal.

The surface doesn’t have much for the bowlers, and will have to remain patient for breakthroughs. Nonetheless, Shaw should be credited for showing positive intent from the word go, and playing freely.

Earlier in the day, Raina stated at the toss, “Wicket looks good and hope it remains this way for the next five days. We are looking to play session by session and take it forward. Feeling good with my fitness and looking forward to play the final.” Meanwhile, his counterpart Karthik added, “I think it is a straightforward decision to bat first as the wicket looks dry and we want to put runs on the board first up.”

The match is being played at Ekana International Cricket Stadium in Lucknow. 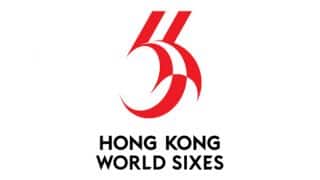