India Red are in the driver's seat in Duleep Trophy 2017-18 final versus India Blue.

At stumps on Day Three of Duleep Trophy 2017-18 final, India Red march ahead of Blue by 371 runs. By virtue of a 184-run lead, India Red are 187 for 7 in their second innings. They were reduced to 58 for 4 but handy knocks from Baba Indrajith, Washington Sundar and Suryakumar Yadav have surged their lead close to the 400-run mark. Suresh Raina-led India Blue will be eager to wrap up Red’s innings on Day Four, and keep the target below 400. Nonetheless, it would require a valiant efforts from his batsmen to save or win the game.

Resuming the final session at 99 for 4, Sundar and Indrajith scored runs at 3 per over before Indrajith dragged onto his stumps off Jaydev Unadkat. Suryakumar came in at No. 7 and struck fours at will. He was sent to up the ante and counter attack. He did so with ease. Slamming 4 fours in his 18-ball stay, the right-hander made 22. On the other hand, Sundar lost partners but carried on a composed innings from his end. He remains unbeaten on 42.

From India Blue, Bhargav Bhatt and Akshay Wakhare chipped in with early wickets. Unadkat has one victim up his sleeve. The overall lead puts India Red firm favourites to win the match and claim the title. The remaining two days will be tough for Raina’s men on a turning track. 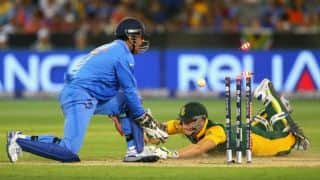 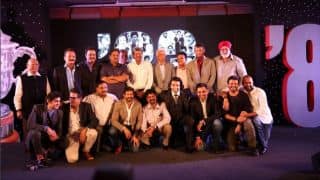