Duleep Trophy 2017-18 will be played under lights with the pink ball in Kanpur and Lucknow.

With Duleep Trophy back in 2017-18 domestic calendar, BCCI have announced the schedules for the tournament. Like last year, the tournament will be played under lights with pink ball. It is slated to begin on September 7 and conclude on September 29. Suresh Raina, Parthiv Patel and Abhinav Mukund have been announced captains of India Blue, India Green and India Red respectively. Interestingly, all three players are out of contention from India’s Test squad, and will be eager to perform to press hard for selection. India’s next Test series will be against Sri Lanka in their long home season, later in the year.

Overall, 45 cricketers will participate in Duleep trophy 2017-18. Other star players to be involved in the tournament are Murali Vijay, Ishan Kishan, Mohammad Siraj, Rishabh Pant, Dinesh Karthik, Ambati Rayudu, Manoj Tiwary, Kaurn Nair, Jayant Yadav etc. All the matches are slated to be held in Kanpur and Lucknow. The three sides will face each other once before the summit clash.

Earlier, BCCI had plans of scrapping the tournament due to the current home season’s gruelling schedule. With India to play host to Australia, New Zealand and Sri Lanka, Duleep Trophy had to face the brunt. But, the decision was reversed later on. 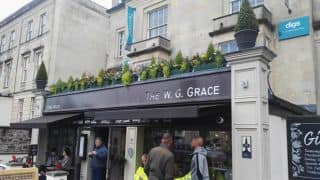