India Red were off to a decent start, putting up 73 for 1 at tea on Day One of the second match of Duleep Trophy 2017 against India Blue.

India Red were off to a decent start, putting up 73 for 1 at tea on Day One of the second match of Duleep Trophy 2017 against India Blue. At Green Park Stadium in Kanpur, India Red opted to bat first. The opening Pair of Priyank Panchal and Sudip Chatterjee added a fifty-run partnership before Ankit Rajpoot got rid of the former. Chatterjee kept things going with the new batsman Rahul Singh, holding fort.

Panchal s proved to be the most crucial knock in the previous match, as he hit twin tons in India Red s 170-run victory over India Green. Led by Dinesh Karthik, the team is confident and the openers took them off to a good start.

Suresh Raina, who is leading India Blue, opted for Pankaj Rao and Rajpoot to open bowling and soon introduced Jaydev Unadkat to exploit the new ball. However, Chatterjee and Panchal were able to take the team to a total of 70 before Panchal was lbw off Rajpoot s delivery. Chatterjee (34*) will be on the look for a big partnership with Rahul (1*) as play resumes.

India Red defeated India Green in their first match, and will be eager to win this for direct qualification while this is India Blue s first match in the tournament. 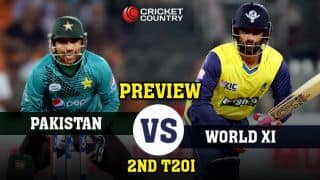 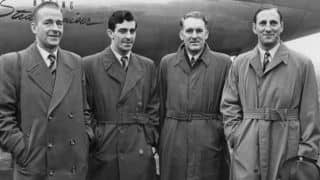