India Red continued their domination over India Green as they extended their lead to 315 before the tea break on Day Three of Match 1 at Lucknow.

India Red continued their domination over India Green as they extended their lead to 315 before the tea break on Day Three of the first match at Lucknow. Priyank Panchal, who scored a century in the first innings, starred again as he slammed another fifty-plus score. He was well supported by Rahul Singh, who was dismissed trying to accelerate against Murali Vijay for a well made 54. The duo added 114 for the second wicket. Panchal is joined by Red s skipper Dinesh Karthik at the crease. Full Updates

Meanwhile, Vijay continues to surprise. His off-spin fetched him 3 wickets in the first innings and surprisingly, in an attack consisting the likes of Shahbaz Nadeem, Mohammad Siraj and Navdeep Sainia, it was Vijay s part-time off-spin that got his both wickets.

Electing to bat first, Red put up 323 courtesy a hundred from Panchal and fifties from Sudip Chatterjee and Karthik. The Green were bowled out for 157 as spinners Karn Sharma and Krishnappa Gowtham bagged 4 and 5 wickets respectively. With 5 sessions remaining, the Red will be eyeing an outright victory. 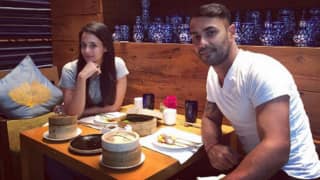 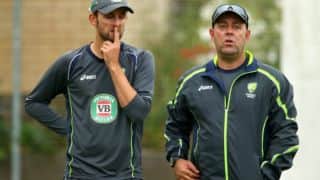