Having scored 440 in their first innings, India Green are currently leading India Red by 36 runs.

Mahipal Lomror scored a fine hundred in the first innings as India Red ended the third day of the Duleep Trophy 2019 encounter at 404/9, trailing India Green by 36 runs, at the Alur Cricket Stadium II in Bengaluru on Saturday.

The 19-year-old left-handed batsman, who was his team’s top scorer with 126 runs, hit 14 fours and three sixes in his 272-ball stay in the middle.

India Red started the proceedings on Day three with the overnight score of 140/2. Karun Nair, who was unbeaten on 77 on Day two, missed out on a hundred as he perished for 90 off 154 balls.

Following Nair’s fall, Abhimanyu Easwaran, who was retired hurt on the second day’s play, took the field. But he fell for 22. KS Bharat then joined forces with Lomror as the two added 65 runs together before the wicketkeeper-batsman got out for 38.

The Vidarbha duo of Akshay Wakhare and Aditya Sarvate failed to score big. While Lomror and Jaydev Unadkat pushed India Red past 360, the team lost three quick wickets in space of five runs – from 363/6 to 368/9.

However, pacer Avesh Khan swung his bat and scored an unbeaten 34 off 18 balls while Sandeep Warrier remained not out for 2 off 15 and took the team’s total past 400.

For India Green, Dharmendrasinh Jadeja was the pick of the bowlers and scalped four wickets while Ankit Rajpoot and TM Haq returned with two wickets each. 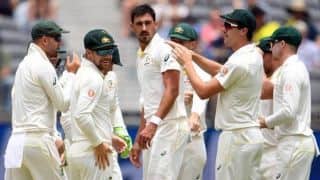 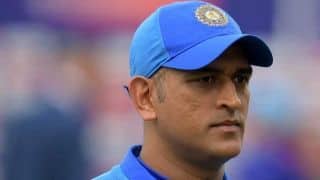