Akshath Reddy scored 146 while Siddhesh Lad struck 64 to take India Green to 308/4 on the opening day of their Duleep Trophy match vs India Red.

Opener Akshath Reddy‘s 15th first-class century put India Green in a solid position against India Red on the opening day of the final league match of the Duleep Trophy 2019. Opting to bat first, powered by Reddy’s 146, India Green scored 308/4 at the KSCA Cricket Ground in Alur on Thursday.

On a pitch which had little to offer for the bowlers, Reddy dominated with 17 fours and three sixes during his 248-ball stay and looked certain to end the day unbeaten but for spinner Akshay Wakhare (2/78) who dismissed him in the 84th over.

Opting to bat first, India Green skipper Faiz Fazal led a decent start and had set the base before throwing it away on 18 off 40. No. 3 Dhruv Shorey also did the hard work before he was caught on 44 off 77. Both fell to pacer Avesh Khan (2/35).

Then, it was one-way traffic as Reddy and Siddesh Lad added 137 runs for the third wicket as India Red captain Priyank Panchal sifted through his seven bowlers who toiled hard without much success.

Unlike those who preceded him, Lad did build on his start, hitting 64 off 116 with eight fours and two sixes before being caught by Karun Nair off Wakhare. He though would be disappointed at not being able to convert his fifty into three figures.

But Reddy did convert his half-century, doing the bulk of scoring for his team who are third on the points table and hoping for at least a point to pip India Blue in the race to the final. Their previous match, the tournament opener, was a drawn affair with rain playing spoilsport with just 49 overs of play possible across four days.

India Red have already entered the final with three points.

The final will be played from September 4 at the M Chinnaswamy Stadium, Bengaluru. 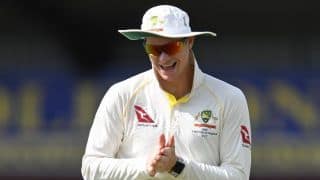 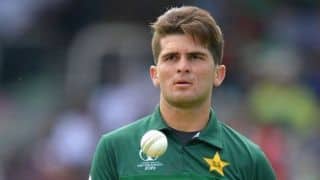