Colombo: Dunith Wellalage received his first call-up to Sri Lanka’s ODI squad for the upcoming five-match series against Australia. Dasun Shanaka will lead the 21-man squad in the series that will be a part of the Cricket World Cup Super League.

Left-hand batsman Bhanuka Rajapaksa has been recalled to the team for the series. He had played his last ODI for Sri Lanka against South Africa in Colombo in September last year. Rajapaksa then announced his retirement from international cricket.

He returned to the Sri Lankan team after a solid Indian Premier League (IPL) campaign. Rajapaksa scored a total of 206 runs in nine matches with a strike rate of 159.68. However, in the two T20Is so far, he has scores of 0 and 13.

On the other hand, Dunith Wellalage was Sri Lanka’s U-19 skipper and raised a lot of eyebrows with his performances. He has 34 first-class wickets to his name in 11 matches.

Sri Lanka had named a 26-member provisional squad for the T20Is and ODIs initially but now they have reduced it down to 21 ahead of the first match. The first ODI match of the series is scheduled to be played on June 14. Nuwan Thushara, Ashen Bandara, Janith Liyanage, Dhananjaya Lakshan and Sahan Arachchi failed to make it to the squad after being named in the provisional squad.

Sri Lanka had last played an ODI series against Zimbabwe in January this year, winning the series 2-1. Opener Pathum Nissanka has also returned to the team after missing out on Test matches against Bangladesh and India due to injury. 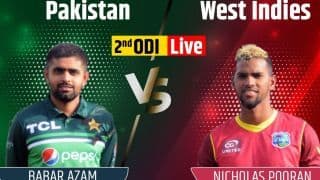 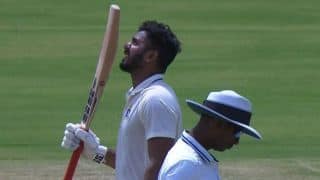