Regret more than relief characterises the mood of both the West Indies and Pakistan squads heading into the fourth One-Day International (ODI) at the Beausejour Stadium in St. Lucia on Sunday following the pulsating tie in the third fixture. 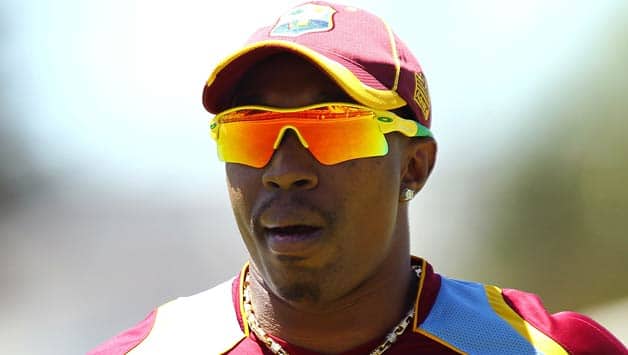 Regret more than relief characterises the mood of both the West Indies and Pakistan squads heading into the fourth One-Day International (ODI) at the Beausejour Stadium in St. Lucia on Sunday following the pulsating tie in the third fixture.

With the series still level at 1-1 after the home side’s last-wicket pair of Jason Holder and Kemar Roach took 14 runs off the final over of the match on Friday to level the scores, the feeling in both camps is that the top-order batsman contributed to the pressure and haste at the end of each innings by failing to keep the scoreboard ticking over.

“At this level it’s unacceptable. I didn’t see any devil in the wicket,” was West Indies captain Dwayne Bravo‘s frank assessment after the match. “Yes, they’ve got some very good bowlers, but given the talent that we’ve got in our batting line-up we need to get our heads together and work out a better strategy in the middle overs.”

On a pitch much more conducive to batting, both teams went scoreless for more than 50 percent of deliveries faced, so forcing the lower-order players into frenetic hitting in the final overs of both innings.

Probably influenced by the fact that his top score of 75 occupied 112 deliveries, Pakistan captain Misbah-ul-Haq was more sympathetic.

“The pitch was a little bit challenging. The ball wasn’t coming onto the bat,” he observed. “But we were about 30 runs short. Getting to 260 would have been a good total on this pitch.”

Similar surfaces are expected for the final two matches on Sunday and Wednesday, and while the Pakistan may be looking at other bowling options at the end of the innings, especially after Left-arm seamer Wahab Riaz delivered that decisive final over on the way to conceding 63 runs off his ten overs, the Caribbean side will be concerned about the lack of productivity from two key big-hitters who are expected to dominate in this form of the game.

Since scoring 109 against Sri Lanka in Kingston at the start of the tri-nation series on June 28, opening batsman Chris Gayle has only managed to accumulate another 45 runs from the next six innings. Middle-order batsman Kieron Pollard has fared even worse, four ducks contributing to a meagre tally of 37 runs from his last seven innings. With the series still on the line, it’s the right time for someone on either side to stand and deliver.