Looks like West Indians Dwayne Bravo and Kieron Pollard were involved in friendly banter during Mumbai Indians (MI) and Gujarat Lions (GL) must win match at Kanpur on Saturday. Kieron Pollard entered when Jos Buttler was dismissed by Bravo. Pollard and Bravo were already facing the selectiong for West Indies tri-series where Bravo was dropped and Pollard was picked in the squad. It was not just Bravo, Gayle and Sammy also felt why was Pollard included in the squad. Pollard had answers for it saying he deserved a chance after being away from cricket for a year. As for the IPL game, MI scored 172 for 8 against GL in a must-win match. Live Cricket Scorecard: Gujarat Lions vs Mumbai Indians, IPL 2016, Match 54 at Kanpur

Think the truth.. Or real reasons of expulsion will finally come out??? Have been baffled for 15months.. Then Pingo https://t.co/PlaKS5pj5Z

West Indies recently announced a 14-man squad for the first four matches of the upcoming Tri Nation One-Day International Series that feature South Africa and Australia. Jason Holder, who has been leading the Caribbean side in the 50-over format for over a year, will continue with his captaincy role. The series is scheduled to commence from June 3 and is expected to produce blistering contests. Given the way Sammy framed the players’ relationship with the West Indies Cricket Board (WICB), this was likely to happen.

Pollard last played an ODI for West Indies was in October 2014 against India. Since then, he has been dropped along with star all-rounder Bravo. Under Bravo’s captaincy, West Indies abandoned the tour as the players refused to play the remaining contests due to conflict with WICB. Narine was banned from playing West Indies’ domestic tournament named ‘Super 50′ earlier this year, simply because ICC suspended him due to illegal bowling option. However, he will be itching to put up a commanding show yet again at the international level. 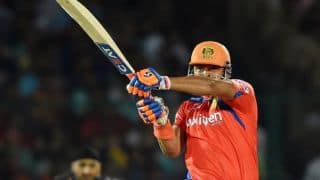