Dwayne Bravo, the West Indies One-Day captain received support from the West Indies T20 and Test captains about his team’s decision to leave the series against India midway.

The decision Bravo put forth was taken with everybody’s consent. ” The full agreement and consent of the players on tour including current Test captain Mr Denesh Ramdin and the T20 Captain Mr Darren Sammy,” Bravo said was there, as reported by Newsday.

The Chennai Super Kings star advanced  the team members nominated him to correspond on behalf of the players on tour.  Furthermore Bravo put forth that the members of the team and he himself were in need of a representative to correspond with West Indies Player’s Association (WIPA). “After we were presented with the match/tour contract in India when it became evident that the terms and conditions were very different from what we were accustomed to and expected,” Bravo said. 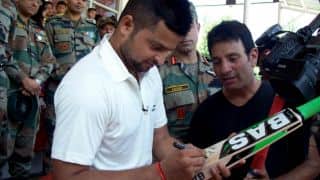