Currently, West Indies are six for the loss of a wicket after two overs with opener, Chris Gaye batting on two.

West Indies opening batsman, Dwayne Smith was dismissed for a duck after fast bowler, Tinashe Panyangara bowled him up in the second ball of the day against Zimbabwe in match 15 of the ICC Cricket World Cup 2015 at Manuka Oval in Canberra on Tuesday. Currently, West Indies are 10 for the loss of a wicket after three overs with opener, Chris Gaye batting on two and Marlon Samuels on seven.

Having played two matches apiece in the tournament, both teams stand on the same ground with a win and loss so far. This would also be the sixth clash between both teams at the mega event with West Indies, holding a clean advantage of winning the previous five encounters. Catch live updates of the match here 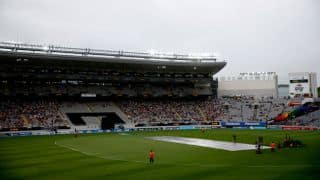 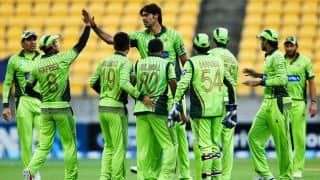