East Zone registered a comfortable win by a sizable margin of 52 runs against North Zone to reach the final of the Deodhar Trophy 2014-15. The target of 274 proved too much for North Zone in the Deodhar Trophy semi final clash vs East Zone in Mumbai. The victory came on the back of a scintillating century by Manoj Tiwary and a disciplined bowling performance. Saurasish Lahiri was the pick of the bowlers for East Zone with figures of 3 for 41. While Gurkeerat Singh Mann top scored for North Zone, momentarily keeping their hopes of victory alive with a well compiled 83 from 99 balls.

North Zone were in trouble as early as the first over as Ashok Dinda drew first blood for East Zone. He nicked Manan Vohra through to the keeper of only the third ball of the first over for a duck. Veerpratap Singh bowling in tandem with Dinda kept the pressure on the North Zone batsmen, bowling tight, defensive lines to attacking field settings. Veerpratap soon accounted for opener Unmukt Chand leaving The North Zone innings in tatters at 8 for 2 in 6 overs. Yuvraj Singh  was the next man in to join Mandeep Singh in the middle but his stay at the crease was short lived as Biplab Samantray got him to play an injudicious drive with his feet anchored to the crease. Yuvraj was caught behind for an unconvincing 4 of 10 balls.

At 29 for three the game was quickly slipping out of North Zone’s grasp. Mandeep Singh and Gurkeerat Singh  got together to stitch a valuable partnership which kept North Zone in the game but lagging behind the required run rate with every passing over. The duo added 74 runs for the 4th wicket before Mandeep looked to turn Lahiri around the corner but only managed a leading edge that carried to Biplab Samantray at cover. Rishi Dhawan came out to Join Gurkeerat with North Zone stuck in a hopeless position and an uphill task at hand requiring 171 from 144 balls. The duo fought valiantly for a brief period adding 71 for the 5th wicket but the untimely dismissal of Gurkeerat marked the beginning of the end for North Zone as Parvez Rasool and Rishi Dhawan himself followed soon. North Zone eventually succumbed to a 52-run loss handing over the spot in the final to East Zone.

Earlier during the day, After having Won the toss and deciding to field first North Zone reaped rewards for their seemingly wise choice as East Zone lost their first two wickets within 12 overs with a meagre 32 on the board. It was Manoj Tiwary’s belligerent 151, which is his highest List A score that propelled East Zone to a fighting score of 273 for 9  in 50 overs. East Zone poked and prodded before Tiwary exploded in the last 10 overs helping them to an eventual total of 273 in their fifty overs which was the only real source of momentum in East Zone’s otherwise scratchy innings. 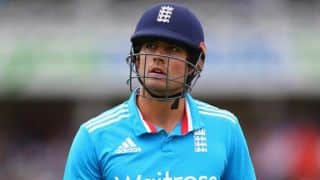 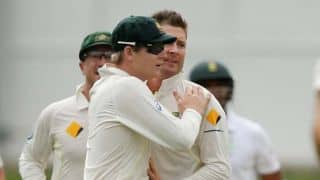