East Zone have registered a thumping 102-run win over West Zone in the Duleep Trophy quarter-final at Rohtak on Saturday. On a pacer-friendly wicket, West Zone needed 226 runs with nine wickets in hand but the batting came apart. East Zone will now face South Zone in the quarter-finals.

The Lahli pitch at Rohtak is known to be a green wicket and support the seamers. West Zone inserted East in to bat. The East innings rallied around Manoj Tiwary who scored an unbeaten 100. However, they managed just 278. In response, the West Zone batting too put up a similar performance but were powered by Ankit Bawne’s ton which gave them a slender lead of 44 runs.

In their second innings, the East batsmen put up a solid performance and it was Saurabh Tiwary who scored a ton and the East Zone innings was declared at 281 for seven.

On a tough batting wicket, a target of 238 was always going to pose a huge challenge to the batsmen. Ashok Dinda struck late in the day removing Vijay Zol for six. 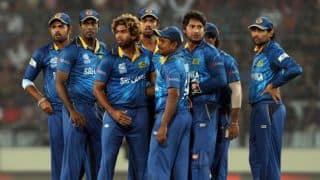