Katherine Brunt and Natasha Farrant make their way back into the team after injury lay-offs.

After playing against India, England will take on South Africa in three T20Is. England captain, Charlotte Edwards will be happy with the fact that the pacer, Katherine Brunt is fit again. Natasha Farrant of Kent is also expected to play against South Africa in T20Is. Actually, a 13-member women’s Academy squad has also been picked to play warm-up games against both countries.

Clare Connor said, “The three squads for the series against India and South Africa have been selected from a position of real strength, and I am delighted that both Katherine Brunt and Natasha Farrant will return to international action this summer, as reported by England and Wales Cricket Board’s (ECB) official website.

She concluded by saying, “Appointed to the role of vice-captain, Heather Knight now has the opportunity to learn from the most experienced international captain in the world as she works alongside Charlotte Edwards to help lead the England women’s team at the start of a new professional era for the women’s game.” 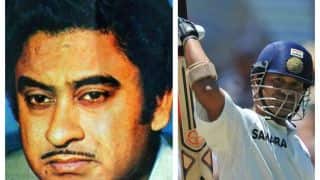