Collier played a key role in the lucrative sale of live television rights to a subscription-based broadcasters.

David Collier is set to quit as England and Wales Cricket Board (ECB) chief executive, according to British media reports on Saturday. It is understood Collier will step down at the end of the current English season, with an interim appointment likely to be made to help ease the transition.

In the 59-year-old’s decade overseeing administration at the ECB, England have enjoyed several memorable moments, including an Ashes series victory in Australia for the first time in almost a quarter of a century. England also went to the top of the International Cricket Council Test rankings in 2012, again for the first time, but have since slipped dramatically from that position and suffered a 5-0 Ashes whitewash in Australia at the end of 2013 and the start of this year. There was also a first win in an International Cricket Council global tournament on Collier’s watch, at the 2010 World Twenty20 in the West Indies.

Off the pitch, Collier played a key role in the lucrative sale of live television rights to a subscription-based broadcaster. But Collier’s anticipated departure is another high-profile change in ECB management personnel since the end of last year. Paul Downton was appointed as managing director, following Hugh Morris‘ move back to Glamorgan, before England’s embarrassing Ashes campaign in Australia.

In the aftermath of that disappointment, head coach Andy Flower resigned his position. Flower, and limited-overs coach Ashley Giles, were replaced by Peter Moores, back for a second spell in charge of the England team in all formats. England also severed all ties with controversial star batsman Kevin Pietersen after he fell out with several key members of the team. Alastair Cook was retained as captain but has endured a tricky start under Moores and England have not won a Test match since last August, losing six of their last eight matches. 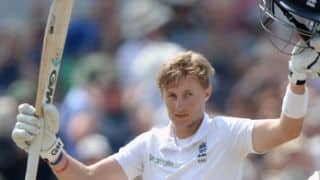 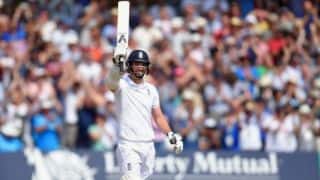