The ECB feel that Kevin Pietersen has had a 'disruptive influence' on the England team.

After the Kevin Pietersen saga ended with the England star being finally axed from the side, the England and Wales Cricket Board (ECB) will probably release an official statement on Sunday which will explain the reason for his sacking.

Pietersen’s career has effectively been ended after the ECB decided to terminate his contract thus bringing down the curtains on one of the most controversial characters that English cricket has seen in recent times, reported news.sky.com.

The main reason for Pietersen’s sacking was probably due to his ‘disruptive’ influence in the England team and the ECB have also maintained that they were looking to breed a new generation of stars in the national team.

“Without trust, the team environment is stillborn. It is for this reason that Kevin Pietersen’s international career had to be brought to an end,” said former England captain Andrew Strauss, who also believes that a ‘total absence of trust’ was the main reason behind Pietersen’s sacking.

“The media have been searching for a ‘smoking gun’. Everyone is looking for disciplinary problems, bust-ups and character clashes, but they are looking for the wrong thing. The smoking gun is the total absence of trust,” added Strauss.

Strauss feels that the seed of Pietersen’s sacking was sown long back in 2009 when he was sacked as England captain due to his troubled relationship with the ECB authorities, mainly because of the ‘text message’ saga involving both players.

“What happened in Australia from November onwards, when the heat of the furnace was fixed on the embattled side, was that old grievances came back to the surface. Past history weighed too heavily. Trust still did not exist,” said Strauss about his controversial past with Pietersen.

“His relationship with English cricket has been like an illicit affair. Full of thrills and excitement but destined to end in tears,” concluded Strauss. 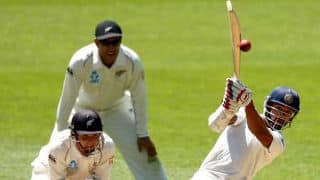