Ecclestone, ranked number one in the ICC T20 rankings, relentlessly attacked the stumps with her sliders to end with dream figures of 4 for 9 in 3.1 overs. 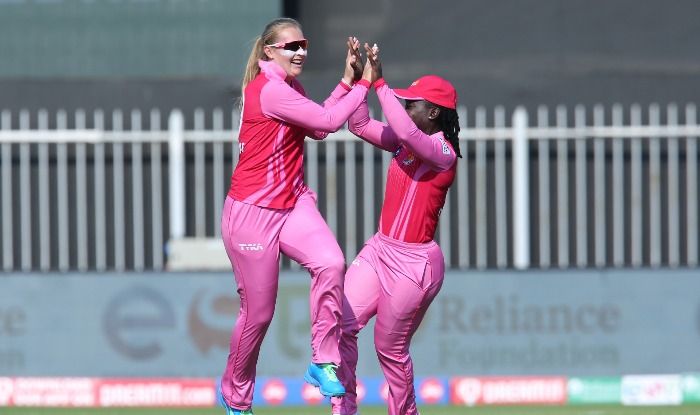 Englishwoman Ecclestone, ranked number one in the ICC T20 rankings, was well supported by veteran Jhulan Goswami (2/13) and Rajeshwari Gaekawad (2/13) as Trailblazers dismissed Velocity in 15.1 overs.

Trailblazers then chased down the small target of 48 in just 7.5 overs with opener Deandra Dottin and Richa Ghosh remaining not out on 29 and 13 respectively.

Despite their win against Supernovas on Wednesday, Velocity’s net run rate would take a beating after Thursday’s loss and that could hit them hard.

It was, however, a quiet start in the run chase for the Trailblazers as the Velocity bowlers denied them any loose balls. Dottin and captain Smriti Mandhana (6) were finding hard to get the boundaries.

Mandhana finally went for the aerial route but perished in the process.

The Trailblazers were 28 for 1 at the end of powerplay and they ended the match in quick time with Ghosh hitting a six to take her side to victory.

Ecclestone relentlessly attacked the stumps with her sliders to end with dream figures of 4 for 9 in 3.1 overs.

Velocity, who beat Supernovas in the event opener on Wednesday, put up a poor batting display with left-arm spin duo of Ecclestone and Gaekawad wreaking havoc. The innings folded up in 15.1 overs.

Only three of the Velocity batters could reach double digits with Shafali Verma (13) being the top-scorer.

Velocity captain Mithali Raj’s decision to bat first backfired as half of her batswomen were back in the dressing room inside powerplay for just 22 runs.

The talented Shafali threatened to play a big innings as she hit a four and a six early one but the seasoned Goswami outfoxed the youngster, sending her stumps cart-wheeling.

It was rather ordinary shot selection from the young Shafali who missed the line of a straight ball in her attempt to run it behind the wicket for a single.

Ecclestone then took two wickets in as many balls, first having the prized wicket of Mithali (1), who struggled for the second game in a row, and then of Veda Krishnamurthy (0) in a wicket-maiden.

Goswami returned to have her second victim of the day in the form of Danielle Wyatt, who holed out to Smriti Mandhana at mid-off to leave Velocity at four for 19 runs.

Velocity batswomen were not ready to stick to the wicket and Ecclestone had her third wicket in the form of Sushma Verma (1) in the sixth over.

Velocity were five for 22 at the end of powerplay but their misery continued as left-arm spinner Gayakwad also grabbed two wickets in as many balls in the ninth over removing Sune Luus (4) and Sushree Dibyadarshini (0).

It even got worse for Velocity as Shikha Pandey (10) got run out following a brilliant fielding effort from Mandhana. 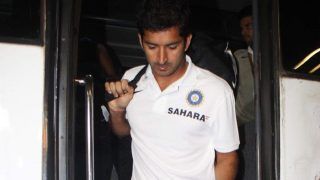 NOR vs SIN Dream11 Predictions For Today’s Quaid-e-Azam Trophy 2020 Between Northern vs Sindh, Check Captain, Vice-Captain For Match 8 at Karachi, Pakistan November 5, 10:30 AM IST Friday