Ed Cowan made one of the finest centuries of his career against the pink ball for domestic side Tasmania.

Australia batsman Ed Cowan is confident that the day-night Test cricket revolution would succeed when it is launched against New Zealand next year, but has doubts about the pink balls visibility to the spectators. The former Test opener made one of the finest centuries of his career against the pink ball for domestic side Tasmania last week and believes that the brighter coloured rock with its dark green seam is a major improvement on the original prototype as far as players are concerned.

If the game is happy for the day-night Tests to suit cricketers and millions of fans in their lounge rooms as its first priority, Cowan said that it’s achievable for pink history to be created in 12 months time, News.com.au reported. However, Cowan says the biggest drawback from last weekend’s Sheffield Shield trials was the fact visibility of the ball was almost impossible for spectators in the stands come night fall.

Cricket Australia chief executive James Sutherland is also concerned with it as he wants day-night Test cricket to not only boost broadcast audiences, but also enhance crowds world wide. Cowan also recommended the playing conditions would need to be amended to see a ball change after 60 overs rather than 80 because the pink ball became like a baseball with no seam and no bounce.

But in a major endorsement, Cowan said that CA is close to a product, which allows for an even and absorbing contest between bat and ball. He said that visibility in the outfield at night he thought was still relatively hard, and added that he thinks as a spectator watching from off the field it was nigh on impossible at night.

So, Cowan said that whether they view this as a TV only event or actually want it to be spectators as well is important to consider, but admitted that massive leaps in terms of the ball are needed. Cowan said that they are very pro day-night Test cricket because he believes it opens up a great opportunity for the game and it’s something they should and are pursuing pretty hotly. 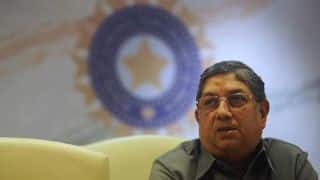 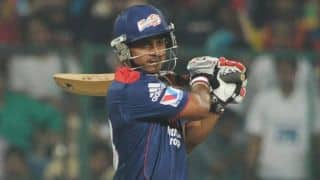