The Indian cricket team will play its first ever Day-Night Test match at the Eden Gardens in Kolkata against Bangladesh, BCCI President Sourav Ganguly confirmed on Tuesday, ending days of speculation surrounding the game.

Ganguly was quite determined to ensure that his idea comes to fruition. Reportedly, it was the former India captain, who first proposed the idea to the Bangladesh Cricket Board (BCB), but after multiple meetings, he managed to convince them. “It’s a good development. Test cricket needs this push. Me and my team were bent on it and thanks to Virat Kohli also, he agreed,” Ganguly told PTI.

There are plans to invite India’s legendary Olympians like Abhinav Bindra, MC Mary Kom and PV Sindhu and felicitate them for their contribution to the country’s Olympic movement during the match.

“We all are thinking about this. We will do something about this. I am a big believer of Day-Night Tests. Kohli is agreeable to it. I see a lot of reports in newspapers that he is not, but that is not true. The game needs to go forward and that is the way forward. People should finish work and come to watch champions play. I don’t know when that will happen, but it will,” Ganguly had said at his felicitation ceremony by the Cricket Association of Bengal (CAB) at the Eden Gardens on Friday in the last week. 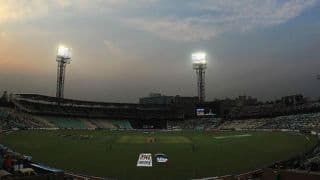