Educating players is the key against match-fixing: Gillespie

Educating players is the key against match-fixing: Gillespie

New Yorkshire coach Jason Gillespie believes it's part of his job to advise his players against the dangers of match-fixing. 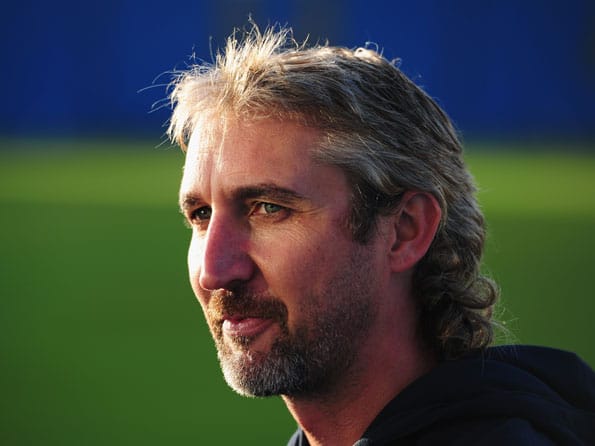 New Yorkshire coach Jason Gillespie believes it’s part of his job to advise his players against the dangers of match-fixing.

Although more commonly associated with the international game — the Pakistan trio of Mohammad Aamer, Mohammad Asif and Salman Butt jailed by a British court this year for their involvement in spot-fixing during the 2010 Lord’s Test against England — there are concerns corruption could take place at county level.

The England and Wales Cricket Board’s anti-corruption chief Chris Watts, formerly a detective with London’s Metropolitan Police, has suggested the domestic game may be more vulnerable to malpractice due to its lower profile.

Former Australia fast bowler Gillespie, speaking at Headingley on Thursday, said nothing in his previous county experience had led him to suspect foul play, but that everyone in the game had to remain vigilent.

“It’s a huge issue at the moment and it really saddens me that things have gone on,” he said.

“I’ve never seen anything in county cricket to suggest anything is going on and it certainly won’t be tolerated at Yorkshire. “It’s all about education. We’ve seen what happens when guys make bad decisions or get sucked in to that sort of behaviour and you’d like to think that is a big enough deterrent.

“But part of a coach’s responsibilities is to educate people in all aspects of the game, and aspects of life. If you do that, you’d like to think your guys will make good decisions consistently.”

Watts had earlier told BBC Sport: “(County cricket) is where some of the risks are, more so than the international arena. International players are under far more scrutiny than players in the domestic game.”

Gillespie, capped 71 times by Australia and who played for Yorkshire as an overseas pro in 2006 and 2007, has been fast bowling coach with Australia A and Kings XI Punjab and joins Yorkshire from Zimbabwean franchise MidWest Rhinos.

The 36-year-old takes on a side who were relegated from the First Division of the County Championship last season.

But he insisted: “The players are here. They’re good enough and that’s one of the things that drew me back. It’s exciting and hopefully I can help them because we’re all here to improve and get those guys to show what they can do.

“We’re going to leave no stone unturned and we’re going to make sure we’re all clear on what we want to achieve. Ultimately you’d love to be promoted but there are a lot of things you need to do to that point. Let’s get those things in place, let’s build. If you get that right, results will take care of themselves.” (AFP)