Lara played a captain's knock and played some beautiful shots to score 47.

Brian Lara and Sanath Jayasuriya, two left-handed batting legends faced each other in a cricket match labelled as ‘Eid Cricket Festival’ at Doha, Qatar. Lara, who led World XI won the toss and elected to bat.

West Indies’ Lara played a captain’s knock and played some beautiful shots to score 47. He was finally dismissed by Aakash Chopra, who went on to take three wickets in the innings. After Lara, Owais Shah played a scintillating knock and scored 43 in just 22 balls. The World XI side managed to post a total of 161 for the side.

The Asia XI side fell short by just six runs, and the match attended by approximately 10,000 people turned out to be a cliff-hanger. Sanath Jayasuriya, Tamim Iqbal and Angelo Perera came good with the bat to help Asia XI reach 156. For World XI, Ryan ten Doeschate was the leading run-scorer as he took three wickets. 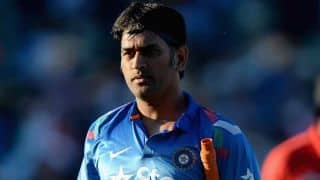