New Delhi: The Enforcement Directorate (ED) is preparing to serve final penalty notices in close to a dozen alleged forex violation cases against former IPL Chairman Lalit Modi and others as part of its wide-ranging probe in the alleged financial irregularities in various editions of the T-20 cricket extravaganza. The agency, which is awaiting the formal notification of a red corner notice against Modi under its money laundering probe, is also expected to request the Home and External Affairs ministries to press for his extradition. Sources said the agency’s investigation in about 11-12 cases, out of the total sixteen, against Modi and others under the Foreign Exchange Management Act (FEMA) is at an advance stage and final show cause notices are expected to be issued soon.

They said the “adjudication” proceedings under FEMA are being finalised in these cases as the statements and versions of the accused and their lawyers have been recorded, while in some cases, they are about to get over. The estimated alleged violations in 16 cases under FEMA are to the tune of about Rs 1,700 crore. The agency had in February this year slapped a Rs 425 crore showcause notice under FEMA to Modi, former BCCI President N Srinivasan, other executives of Indian Premier League (IPL) and private multi-media firms for alleged contravention of forex laws in awarding a cricketing media rights contract in 2009.

All the cases being probed by the central agency against Modi and his associates in IPL-BCCI are related to various editions of the cash-rich T-20 tournament which were held under his stewardship of the IPL, particularly its second edition in South Africa in 2009. Over the years, Modi and his team of lawyers have denied any wrongdoing. ED’s most important case against Modi is being probed under the Prevention of Money Laundering Act (PMLA) and, in order to question him, the agency has asked Interpol to issue a red notice against him as his last known address is in the United Kingdom.

The Interpol had recently once again sought additional information from the ED investigators on their money laundering case against Modi as part of the process to issue a red corner notice, a global police warrant, against him. It is for the third time that Interpol has sought additional information from ED regarding the money laundering case against Modi.The anti-money laundering agency had moved the world police body through CBI in August this year for getting the notice notified against Modi. Sources said an extradition request is the next step forward if the Interpol notice takes time in getting activated.

Investigators had expressed shock and surprise at the Interpol repeatedly seeking information in this case. 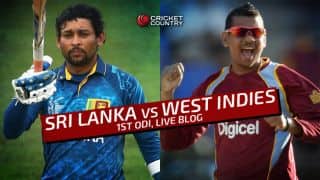