England coasted to a 6-wicket victory in the first ODI vs Ireland in Southampton on Thursday.

Pacer David Willey (5/30) and batsman Sam Billings (67*) produced their best-ever ODI performances on Thursday to power England to an easy six-wicket win over Ireland in the first game of the three-match series at The Rose Bowl, Southampton. Willey, playing his first ODI since before the 2019 ICC World Cup, claimed his maiden five-for to bundle out Ireland for 172 on a good batting surface.

Chasing a modest target, the hosts England made heavy weather of the run chase early on as they lost their top-order without much contribution. Despite scoring briskly, England kept losing regular wickets, being in trouble at 78/4 at one stage.

However, England’s white-ball captain Eoin Morgan and Billings steadied the ship and knitted an unbeaten 96-run stand to take the home team to shore with considerable ease. The 29-year-old Billings finished with a 54-ball 67*, his highest score in the format and third ODI fifty, while Morgan made an unbeaten 36.

With this superlative performance, both Billings and Willey have made a strong claim for themselves to be picked for full-string England side which will next be seen in the series against Pakistan.

Earlier, pacer Willey bowled a searing opening spell in which he took four wickets in his first four overs, helped England dismiss Ireland for 172 . England skipper Morgan won the toss and chose to bowl first in what was England’s first ODI match since their dramatic tied match against New Zealand in the World Cup final on July 14, 2019 which led to them winning the title for the first time in their history.

The hosts fielded a side that featured none of the players that played in the three-match Test series against the West Indies earlier this month.

Willey opened the hosts’ attack and struck on the fourth ball as Paul Stirling sent an inswinger straight down the throat of the fielder at midwicket. He then got Ireland captain Andy Balbernie off the first ball in his next over as the latter only managed to get a nick to Jonny Bairstow behind the stumps while attempting a drive.

Gareth Delany then tried to up the ante for the hosts, smashing three consecutive fours in the fourth over bowled by Saqib Mahmood. Mahmood eventually got the next Irish wicket in his next over, dismissing Harry Tector who walked for a nine-ball duck.

Willey picked Delaney and Lorcan Tucker off consecutive deliveries but couldn’t get his hat-trick.

Debutant Curtis Campher hung on for Ireland and managed a 51-run stand with Kevin O’Brien and later a 66-run stand with Andy McBrine to take Ireland beyond the 150-run mark. Campher took his time with getting runs though, ending the innings unbeaten on 59 off 118 balls.

The second ODI between England and Ireland will be played at the same venue on Saturday (August 1). 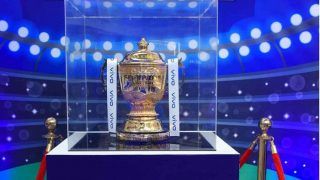 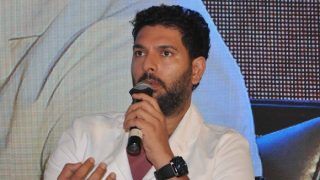