Misbah-ul-Haq and Yasir Shah for Pakistan and Chris Woakes and Alastair Cook for England have been the star performers in the Lord's Test.

Hosts England face Pakistan on fourth day of the first Test at the iconic Lord’s Cricket Ground. The live telecast of the match will be broadcasted on Star Sports 1, Star Sports HD 1 while the online streaming will be available on StarSports.com. The Test has been very tight with both the teams have equal chances to win this. Misbah-ul-Haq and Yasir Shah have been the star performers for Pakistan while Chris Woakes and Alastair Cook did it for England to make the contest all the more interesting. On Day 4, Pakistan will continue batting as they had ended Day 3 with 214 runs on the board with the loss of 8 wickets. LIVE CRICKET SCORECARD: England vs Pakistan 2016, 1st Test at Lord s

The third day started with Wahab Riaz and Yasir Shah ending England’s first innings at 273 runs. Pakistan started their second innings with a lead of 67 runs but their batting remained disappointing. Mohammad Hafeez went back for a duck while the following batsmen could not contribute more than some thirty-ish scores. Pakistan’s star from the last innings, Misbah, also disappointed with his performance as he his wrong shot selection sent him back without scoring a run.

The lower-middle-order took on the responsibility and added crucial runs to the board. Asad Shafiq fell short of a solitary run while Sarfraz Ahmed scored an all important 45 to build a much-needed partnership. On day four, Yasir Shah will bat at 30 with Mohammad Aamer.

Amongst the Pakistan bowlers, Yasir Shah has been the most successful with a 6-wicket haul in the innings. Wahab got his only wicket of the match on Day 3. For England, Chris Woakes has performed exceptionally, as he took 5 wickets while Moeen Ali got 2, including that of Misbah. 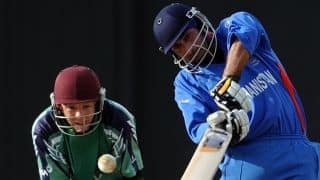