ENG vs PAK Test Series: Coach Misbah-ul-Haq Invite England to Visit Pakistan, Says Players From Around the World Know About Security Level in Our Country

The 46-year-old Misbah also called on the England team to soon pay a return visit to his country and assured that there will no compromise on the security of players. 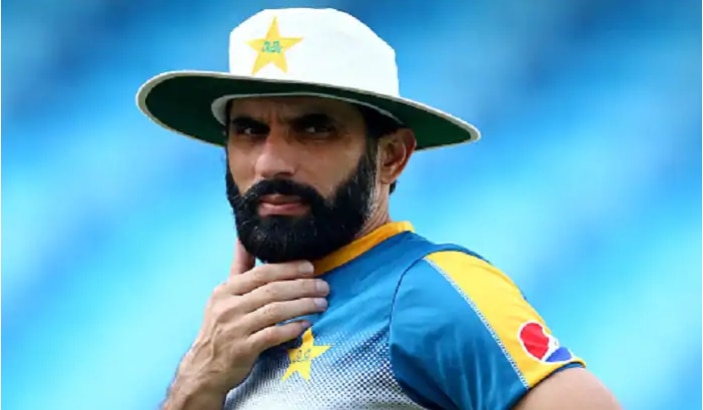 Pakistan’s head coach-cum-chief selector Misbah-ul-Haq expressed disappointment over his team’s performance in the recently-concluded three-match Test series against England. The hosts won the first Test by four wickets while the remaining two Test matches ended in a draw. Misbah also called on the England team to soon pay a return visit to his country and assured that there will no compromise on the security of players.

“While it was disappointing to lose the Test series, the whole experience has been a really positive one for a young, improving team,” Misbah wrote in a column for the PCB.

“It was a really competitive series played in an excellent spirit. Without spectators, it was important to create the right atmosphere and it was great to see how players and staff from both sides applauded performances by their opponents.”

Pakistan and England just played out a three-match Test series in the United Kingdom, with the hosts winning it 1-0.

“A number of England players have appeared in the HBL Pakistan Super League 2020, which was played at home. Then, we had Sri Lanka, Bangladesh and MCC in the 2019-20 season and before that, the World XI and the West Indies in 2017-18.”

International sides have avoided touring Pakistan for more than a decade since the 2009 terrorist attack on the Sri Lankan team bus. But Misbah vouched for the security situation in Pakistan.

“Players from all over the world now know about the levels of security Pakistan can provide and how much they will be welcomed.”

“Pakistan cricket fans want to see top players in the world performing right in front of them so everybody is waiting for that visit,” he said.

Misbah, a former captain, said his young bowlers would do well to take a cue from veteran English pacer James Anderson, who on Tuesday became the first fast bowler in the history of Test cricket to take 600 wickets.

“Anderson’s achievement of reaching 600 Test wickets is amazing. He has shown exceptional discipline, motivation and determination because fast bowling is the toughest job in cricket,” he said.

“He has control, he’s tactically very smart and is always challenging the batsman. And it is important to remember that he’s there for Test cricket.

“He has made his name in Test cricket and the love for the red-ball game is clearly there. That is something that our bowlers need to give priority to, especially the young bowlers,” Misbah said.